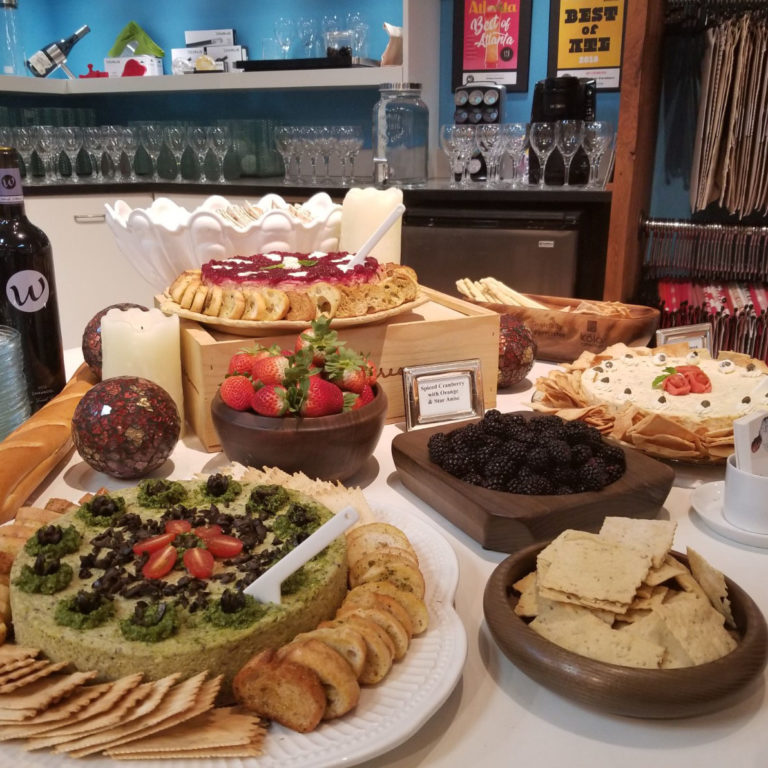 Recently I was honored to have been asked to participate in a fund-raiser for Lost-n- Found Youth. Lost-n-Found Youth is an Atlanta, Georgia -based organization that assists homeless LGBT youth. The organization, at the time of its 2011 founding was the “only organization actively taking Atlanta’s LGBT homeless youth directly off the streets”.

The event was a “wine and food” event with the wines being supplied by a winery in California. A request was made for Occasional Occasions to provide a selection of our Savory Cheesecakes to compliment the event. The interesting thing about Savory Cheesecakes is that most people just hear the word “cheesecake” and think that the cakes are sweet. Savory cheesecakes overall are not sweet cheesecakes, although some may have a sweet note due to the ingredients in the cake. You would eat a savory cheesecake as if it was a glorified cheese ball, carving a wedge of cake and spreading it on a cracker.

We provided our Smoked Salmon Savory Cheesecake with Dill and Capers, our Collard Green Pesto and Olive Savory Cheesecake and our Spiced Cranberry with Orange and Star Anise Savory Cheesecake. There were about 75 guests in attendance and the crowd was pleasantly surprised and curious about our savory cheesecakes. The cakes sparked many interesting conversations around the table. They were a huge hit. If you would like to have these creative concoctions at your next event, give us a call at 404-963-6857.
Bon Appetit Y’all! 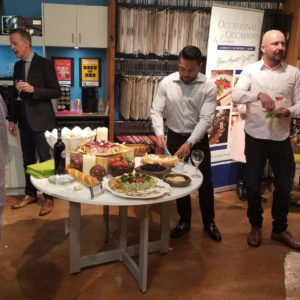 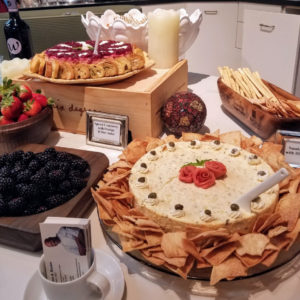 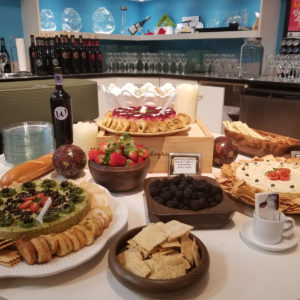 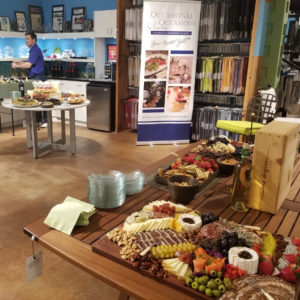